Philadelphia 76ers have found a way to poke fun at Drake and his recent beef with Meek Mill. The Sixers posted a billboard featuring Drake, but replaced his face with that of the Philadelphia 76ers player Joel Embiid. 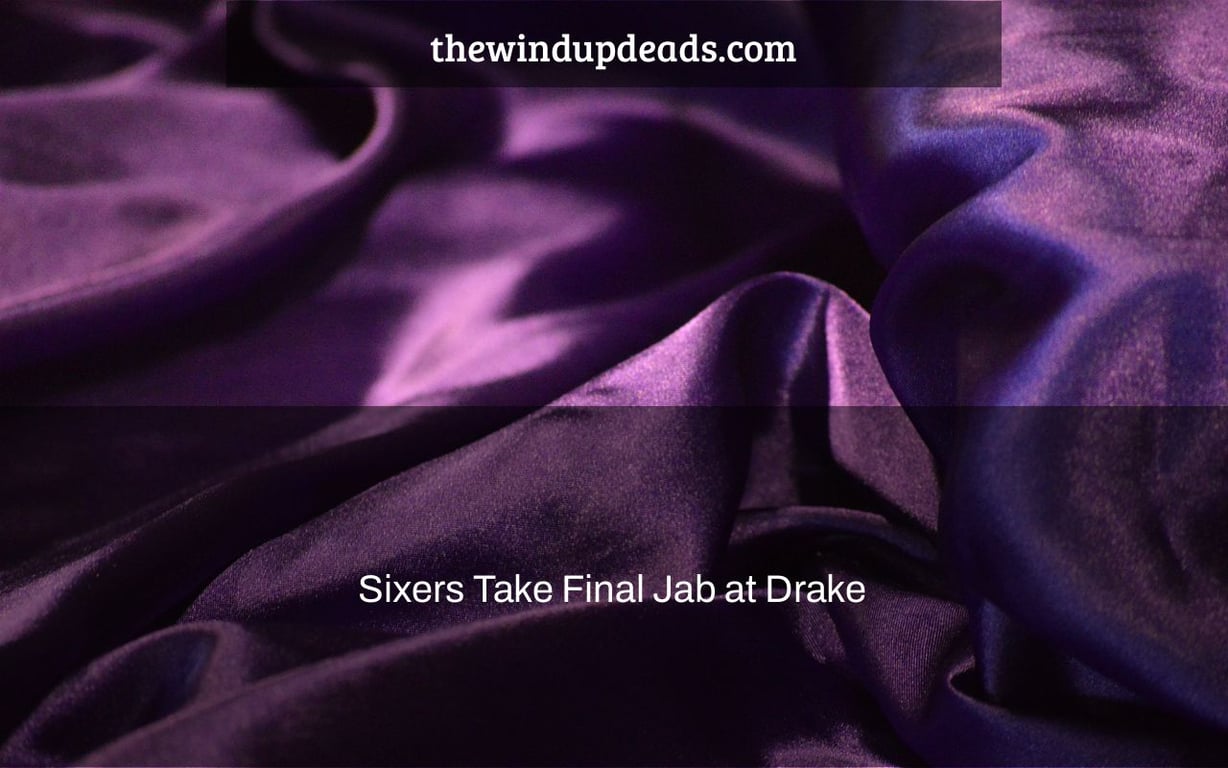 The Philadelphia 76ers have advanced to the Eastern Conference playoffs, but after a longer than anticipated journey. They were able to win Game 6 in dominating fashion thanks to a strong performance from their stars.

The series was made even more exciting by the fact that these two teams had a history together. During the final games, Joel Embiid and hip-hop artist Drake were continually exchanging comments. The Sixers, in the end, would get the last laugh.

Drake deserved some retaliation after making fun of Embiid following Toronto’s Game 4 victory. Following the conclusion of Game 6, the Sixers’ social media staff decided to poke fun at him. Drake’s words and vintage album covers have been mocked in a number of posts.

Drake continued to make jokes about Embiid even after his team was sent home. After the game, he spoke with the All-Star center and told him he’s cheering for former Raptor Kyle Lowry in round two against Philadelphia.

The Sixers are ecstatic after their victory.

Despite the antics, the Sixers looked to be in high spirits after their series-clinching victory. Many people were eager to see whether history would be created, but they made sure it never happened.

Tobias Harris and Paul Reed decided to have some fun with the fans on Twitter after Game 6 ended. Harris reacted to a fan who had tweeted an odd meme about the show a few days before.

Reed is the kind of player who should be pumped up. Doc Rivers surprised many by selecting a second-round choice as his backup center, and he did an excellent job in that capacity. Reed had a big role in the clinching Game 6 victory, scoring nine points and grabbing four rebounds on 4-for-5 shooting. When it came to his comments on the Sixers making the playoffs, the former G-League MVP kept it simple.

Is Paul Reed’s Career Over?

In preparation for the second round against Miami, Doc Rivers may make a modest rotation change. After sitting DeAndre Jordan against the Raptors, the veteran big man is expected to return to the lineup. With Jordan slated to return to the rotation, it’s fair to wonder whether we’ve seen the last of Reed in the playoffs.

To put it another way, Rivers should keep releasing Reed in short spurts. Miami’s frontcourt is a little larger, but they’re still a tough and hard-nosed club. Jordan may not have enough in the tank for this game based on what we saw from him during the regular season.

Reed’s game isn’t showy, but he provides the squad with much-needed vigor. For a series like this, having someone who can defend and rebound with grit is crucial. The Sixers aren’t going to have it easy, and Reed isn’t afraid to get his hands filthy.

As one of the best teams in the Eastern Conference, they’ll most certainly go for a young talent like Reed. Rivers will have to maintain a tight leash on him going forward, but he should never entirely separate himself from him.

What Are Lows, Mids And Highs

Live Grades for Aidan Hutchinson and Every Other Detroit Lions Pick