Fantasy basketball is more than a game, it’s an escape from the day to day. In this article I will provide some tips for beginners who want to get into fantasy sports. 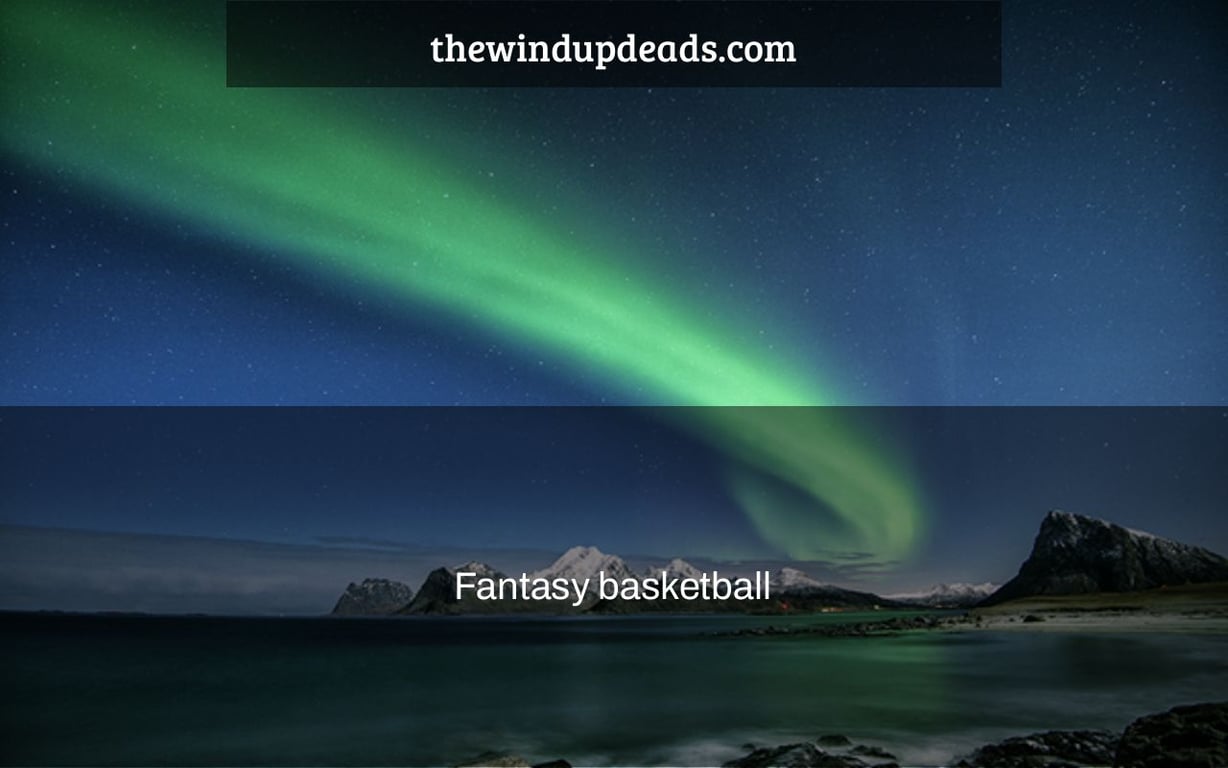 This is a story about two teams.

There are two fantasy football teams. Both teams are in the first round of their respective playoffs at the moment. Yours truly is in charge of both.

The power and analytic brilliance of my rebounding+usage rate draft method can be seen in both playoff teams. (Teams who don’t make the playoffs represent the strength and analytic insight of my free throw attempts per game+true shooting percentage method.)

(Why? Because it was a terribly timed cosmic plan. Because I should have known that the rule modifications aimed against too-easy and-1s and certain bearded oft-traded All-Star guards’ hilariously twisted efforts at generating contact would put an end to my scheme. However, I can’t recall a greater rule change in my fantasy career in terms of pure watchability.)

In this analyst’s opinion, Playoff Team #1 is a strong favorite to win it all.

It’s the result of my 2021-22 season’s finest snake draft. (Not to mention the luckiest of my friends.) It was one of those dream snake drafts in which I kept glancing up to make sure I wasn’t going to be hit by lightning like Bishop Pickering in “Caddyshack.”

It’s reasonably injury-free as of this writing. Players from non-tanking teams…teams having excellent reasons to play to win until the last game or two of the regular season.

It has one of the two players that surpassed their ADP the most this season (Miles Bridges). It includes the rookie (Cade Cunningham) who is most likely to switch into Bo Jackson-Tecmo Bowl mode as the season progresses. Trae Young (who has been channeling Bo Jackson for weeks) is on the roster.

This group cannot afford to take any risks. It isn’t necessary to produce quality goods. It isn’t necessary for it to go out and pick up a regular supply of high-risk/high-reward streamers off the wire. This team merely demands constant, unflappable fantasy management at this time.

Playoff Team One avoids flying too near to the sun. It has a disdain towards hero basketball. When presented with a difficult lineup selection, this squad will use The Art of Low Variance. There are no highs and lows. Just steady and predictable.

What if Player A is a low-risk, medium-reward player, but Player B is a high-risk, high-reward player? Player A will receive the ball first. (By the way, the rebounding-usage-rate approach was designed specifically for The Art of Low Variance.)

If I had to choose one player to represent the Art of Low Variance in the year 2022, who would it be? DeMar DeRozan is my selection (the other player to most outperform their ADP this season.) Another stat…(ironically) free throws…triangulated and pushed his high-usage, solid-rebounding campaign into the fantasy stratosphere.

Night-in, night-out, from game to game? DeRozan has the fewest peaks and dips of any fantasy player. In terms of his ADP and career statistics? It’s one of the most successful fantasy campaigns in recent memory.

I’ll confess that recommending you start DeMar DeRozan in the playoffs isn’t exactly clickbait. I’m sure my editor is looking for some oomph. It’s time for me to stretch my analytic limbs. So, just to prove that I’m a businessman, here are a few lesser-known people who are presently excelling in the Art of Low Variance:

Team #2 in the playoffs is not the favorite to win it all. It’s Playoff Team #1’s Bizzaro version. The Art of High-Variance Chaos is traded in by Playoff Team #2.

The draft for Playoff Team #2 was mediocre. It was decimated by injuries. As a result, Playoff Team #2 focused on the wire. On the wire, it took a lot of swings. With the randomized aplomb of 2001 Don Nelson, it added and cut streamers.

It’s built with the intention of having a fair possibility of bringing it all together over a limited number of games. If you’re faced with a difficult lineup choice… Playoff Team #2 is a genuine up-and-comer. The pendulum swings for the fences.

Fortunately, Saddiq Bey, the player who best embodies High-Variance Chaos (around 2022), is on this squad.

The 2022 fantasy baseball game is live! Get the gang back together, or start a brand new tradition. Join or start a league for free >>

On a Tuesday, Bey is the only NBA player capable of going from Page 7 Player Rater productivity to 51 points, ten three-pointers, nine rebounds, and three steals on a Thursday. (Also known as “the typical NBA Florida Road Trip in 2022.”) Beyoncé is shaping out to be Generation Z’s Mikki Moore.

“Who is Mikki Moore?” you may wonder. “Exactly,” is my response.

Moore is a long-retired PF/C who fought his way into an NBA career that lasted 14 years. Moore alternated between the G-League, the CBA, and the NBA on a regular basis. He was a member of nine NBA teams and earned a total of $25 million.

Moore led many an underperforming fantasy team to the playoffs that season. Beyoncé might do the same this season. Or he might revert to being a third offensive option and be fortunate to average 13.0 points per game.

Look to other tanking teams for additional High-Variance picks. Teams that are more inclined to rest their stars in order to collect ping-pong balls. The Portland Trail Blazers, for example. The Oklahoma City Thunder are a professional basketball team based in Oklahoma City.

Then there’s the Los Angeles Lakers. Because why not take advantage of the Lakers’ recent upswing? They’re a safe bet to keep the soap opera peaks and troughs going for the duration.

These are the current High-Variance All-Stars, excluding Beyoncé:

These are, once again, break-glass advertisements. However, if you’re David facing Goliath, here are high-risk picks that might help you pull off an upset.

The “fantasy basketball reddit” is a website that has many fantasy sports leagues. The website allows users to find the best league for them and join it.

How do you explain fantasy basketball?

A: All of the players are in a different reality and they have superpowers.

Which fantasy basketball site is best?

Is there a fantasy league for NBA?

A: Yes, there is a fantasy league for NBA.